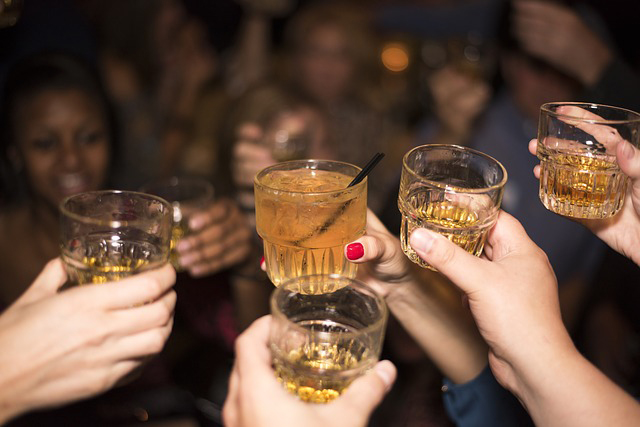 While many people dismiss teenage alcohol consumption with the words “oh, they’re just kids, let them experiment,” they don’t realize that this behavior can have lasting consequences. Studies have shown that kids in the United States have their first drink before the age of 13. This can lead to a number of issues, including violent behavior, alcoholism, and drug use, later in life.

People who start drinking alcohol during their teen years can severely impact their future lives. Below we share 8 dangers of alcohol consumptions for teens.

Sex and alcohol go together, especially when the participants are under the legal drinking age. It commonly happens at parties, those without parental supervision. One teenager pulls out a bottle of alcohol and the amount of peer pressure increases. Other students join in, and then sexual experimentation occurs. This is just one example.

In addition, teenage alcohol consumption is linked with unplanned pregnancies, having multiple partners at a young age, and even sexual assault. And this goes both ways. Not only are young women who’ve been drinking more likely to be the victims of sexual assault, but young men who have more than a few alcoholic beverages are more likely to commit those assaults. In fact, impaired judgment can lead to being the victim or perpetrator of other crimes as well, including robberies and physical assaults.

2) There’s a heightened risk of alcoholism later in life

Studies have proven that those who begin drinking at a young age are more likely to become alcoholics in their adult years. According to WebMD, teens are five times more likely to end up with an addiction to alcohol than those who waited until they were 21.

Although researchers are still determining whether early drinking and alcoholism are linked to seemingly normalized behaviors or if those teens were biologically predisposed to becoming alcoholics, the statistic is grim.

3) Violent behaviors can be common

Teenagers who drink alcohol regularly are more likely to exhibit violent behaviors. This is because alcohol impairs judgment, which affects the ability to make good decisions. After drinking with friends, they may stop thinking clearly and can become paranoid. They may believe that they are out to get them or hurt them in some way, which can cause them to lash out and hurt their friends.

While part of this is due to things like peer pressure and groupthink, it also has to do with biology. The amygdala in a teenager’s brain isn’t completely developed yet. This section of the brain is responsible for things like impulsive behavior and aggression. It explains why teens sometimes do reckless things, especially when they’ve been drinking. Alcohol impairment combined with an underdeveloped amygdala can lead to this violent behavior.

4) Alcohol can mask other issues

In Smashed: Story of a Drunken Girlhood, author Koren Zailckas, who started binge drinking at an early age, wrote about how alcohol essentially stunted her growth. She drank to mask her insecurities and shyness, which led to an inability to socialize with her peers in a normal way. Of course, she didn’t realize this until she graduated from college and became sober.

This example isn’t a solitary case. In reality, things like social anxiety, depression, and other mental illnesses can easily be masked by alcohol. It’s true for both adults and teenagers, although teenagers suffer the most. They’re at an age where they can get proper treatment for these disorders that will last into adulthood. Instead, they literally hide behind a bottle.

5) Alcohol can impact your brain’s development

During teenage years, your brain is still developing. You might think that you’re fully an adult, but this isn’t the case. Things like the amygdala, which we’ve already discussed, and the frontal cortex, which governs reason and thinking before acting, are still being developed at this point in time.

Not only does this mean that the lack of development and alcohol combine into a powder keg of sorts, but drinking can actually impair the brain. Everything that a teenager puts into his or her body while they are growing up can have an impact on the brain. In the case of alcohol, this leads to literal brain damage – the kind that means your brain won’t develop properly, hurting you in adulthood.

There are numerous headlines about drinking and driving every year in May, usually around the time of the high school prom. While teenagers are more likely to drink and drive on prom night, they’re also likely to do so at any time of the year. Drinking leads to impaired judgment, and when you combine this with inexperienced drivers and teens who may not realize just how drunk they are, deadly accidents can happen.

7) Teens who drink are more likely to commit suicide

We’ve covered how drinking alcohol can mask many issues, such as depression. It’s important to note that alcohol itself is a depressant. This means that it can bring down your mood, leading to feelings of depression. When this happens, teens are more likely to commit suicide or exhibit suicidal behaviors after drinking. It doesn’t help that teens are impulsive and may do things while drunk that they feel embarrassed about when sober.

8) Experimenting with other drugs is more likely

Teenagers who drink alcohol are far more likely to try other drugs, such as marijuana, prescription pills, and even cocaine. Since they’ve experimented with one drug (alcohol) and liked it, they figure “well, why not try the others being offered?”

On top of this, it leads to scenarios where an already impaired teenager would do things, such as drugs, that they would never try when completely sober. This can lead to substance abuse issues later in life.

The best thing that you can do is know the signs of teenage alcohol abuse. These include:

What it comes down to is understanding your teenager. Some of these behaviors, such as defying authority, are typical in many teens. However, if your previously happy and well-behaved teen turns into one that no longer wants to listen to you and starts breaking the rules, then that is a sign that something is wrong.

What You Can Do

If you think that your teenager has been abusing alcohol, and/or might be addicted, then your best bet is to find them a treatment program. The best programs treat any potential underlying causes, as well as the alcoholism itself. Don’t waste another second – get your teen into treatment now, before it’s too late. We understand the consequences of teenage drinking, and now, hopefully, you do as well.